It seems we’ve been passing so many milestones of “firsts” lately – first anniversary, first deacons in training, and first church wedding, just to name a few. We celebrated another first this weekend – the first quinceñera in our church. In case you are wondering, a quinceñera is a type of “coming out” party for 15 year-old girls in the Latin culture. Traditionally, the party involves much dancing, alcohol, and the father spending way more money than he can afford for the sake of impressing his friends. 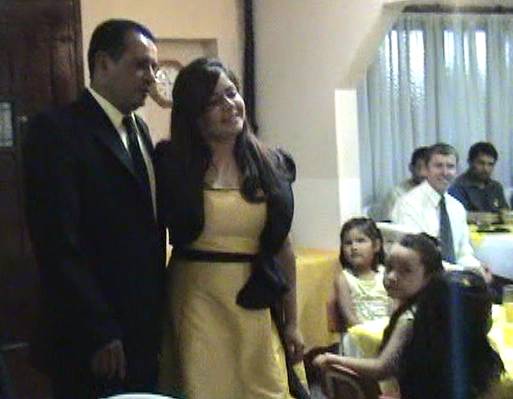 This was the first Christian quinceñera for most of our church people to attend and certainly the first to plan for the family of the birthday girl. So, we talked through each aspect of the event to evaluate how it can glorify God in every way. We are thrilled to say that the music, program, dress, and general atmosphere did honor the Lord and glorify His name. Instead of the birthday girl being focused on herself and her wishes, she was more concerned that her unsaved guests hear the Gospel and accept Him as Savior! That is God’s working in her life and the godly influence of her parents! We were also glad to see so many church folks pitch in to help out the family with the preparations and clean-up so the parents could actually enjoy the party too!

· Praise the Lord for continued growth. We’ve maintained an average of 85 since November. Anyone who’s had to go to two services to accommodate growth knows it’s not any fun, but certainly worth it! There is no way 85 could fit comfortably in our building.

· Yesterday there were 30 children in children’s church. No, we don’t have a bus ministry and there aren’t even kids who live nearby since we’re in a commercial district. There are just a lot of families bringing their kids, nephews, and nieces. Lauren brought her neighbor friend too. Later, the mom told Lauren that the girl really enjoyed church and that “Lauren’s daddy is a really good singer!”

1 thought on “Another FIRST…”